Call on Obama: Commission for Truth and Accountability 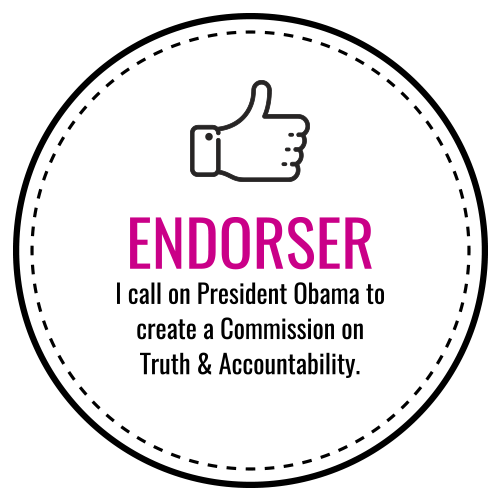 NOW is the crucial time to show our leaders and the rest of the world that, We the People, do not tolerate impunity. As an endorser for the Tribunal on the Iraq War, you are exercising your civic right to demand truth and accountability for a war founded on lies. Please sign the petition below calling on President Obama to create a Commission on Truth & Accountability for the Iraq War.

The U.S. invasion and occupation of Iraq has been one of the longest wars in American history. Most citizens are unaware that the United States continues to have a military presence in Iraq or that our forces there are growing in numbers. Fourteen years after the invasion, two things are clear:

If we truly care about peace and security; transparency is the first step in coming to terms with the violations of international law committed by individuals and the U.S. government. We the people, call for the creation of a Commission on Truth and Accountability on the Invasion of Iraq and the Iraq War to investigate how the U.S. led a coalition of nations to invade Iraq under false pretenses.